And how Particle Engineering Profits the Planet.

The approach that can improve the fertilizers nitrogen use efficiency and counteract nitrogen pollution of the earth.

At the turn of the twentieth century, humanity was confronted with its biggest challenge up until that point: a global food crisis and subsequent mass starvation that loomed over the world. The global consumption of nitrogen compounds, be it in the form of nitrogen fertilizers or explosives, threatened to surpass its natural supply, in the form of natural niter and guano deposits. This challenge was solved by Fritz Haber and Carl Bosch with their novel process, which was capable of capturing atmospheric dinitrogen with hydrogen at high temperatures and pressures. Through this process, humanity became able to nourish the crops they were growing with the nutrient it needed the most: reactive nitrogen. In his Nobel lecture in 1920, Haber himself predicted that in the near future his process would be needed to produce millions of metric tons of fixed nitrogen [1]. He turned out to be right, as the world today produces over 100 Tg of nitrogen [2].

Impact of Fertilizers on the Environment

What Haber could not have foreseen was the environmental impact of fertilizer that the mass consumption of such a high amount of nitrogen compounds would have. As of now, the world is facing the opposite of the challenge it did at the end of the nineteenth century: battling the effects of nitrogen pollution on earth. However, this time there seems to be no one-stop solution to this looming crisis, and global collaboration is needed to change the way the world produces and consumes nitrogen-based fertilizers globally.

Kreber is active in particle engineering, a science that can help address the future challenges of reducing nitrogen pollution from fertilizers and therefore fertilizer pollution. This article will reflect on the possible ways particle engineering can improve the shaping and production of nitrogen fertilizers, and how that can help in overcoming the harmful effects of this global challenge.

While the application of nitrogen-based fertilizers is still vital to sustaining the current population, the surplus of nitrogen leaking into the environment is leading to numerous concerning developments. The current method of using and producing nitrogen fertilizers has led to reductions in biodiversity and the acceleration of climate change through the production of nitrous oxide, mainly driven by an imbalance in the nitrogen cycle, as shown in Figure 1. The global challenge the world is currently facing can be described as the problem of maximizing the net positive outcomes of all available nitrogen fertilizers.

As suggested by Houlton et al, making the most of these benefits lies in the development of the following five strategic imperatives [3].

1. Increasing the efficiency of nitrogen use

Nitrogen use efficiency is defined as the nitrogen that will end up absorbed into the crops over the total nitrogen applied in the form of fertilizers.

Counter-intuitively, research has shown that over the last century, efficiency has actually decreased from 60% down to approximately 46% [3]. Efficiency improvement can be achieved by focusing on the 4R’s of good nutrient stewardship: Right source, Right rate, Right time, Right place [4].

The ‘right source’ means that the fertilizer type or nutrient content is matched to the specific needs of the crop to which it will be applied, while the ‘right rate’ focuses on the ideal amount of nutrients that is tailored to the crops’ exact needs. The ‘right time’ or timing means that the relevant nutrients are made available at the ideal moment that the crop needs them. Finally, the ‘right place’ or placement means that the nutrient is placed where the crop can easily consume it.

2. Getting nitrogen to where it is needed

While there is an abundance of affordable nitrogen fertilizers in wealthier nations, there are still countries with only limited access to them. Improved accessibility will increase resilience to negative weather effects and lower the likelihood of worldwide famine, as long as the nitrogen is applied in an efficient and low-polluting manner.

3. Removing nitrogen pollution from the environment

In order to reduce the unwanted effects of nitrogen pollution, leaked nitrogen can be removed from the environment by either agro-ecological or technological methods. These two removal methods also bring with them the possibility of potentially recycling the nitrogen and increasing nitrogen use efficiency, thus lowering the environmental impact of fertilizer in the long run.

At a governmental, industrial, social and individual level, spillage and overbuying both lead to the fact that approximately a quarter of all food is wasted along its lifecycle, rendering a significant quantity of applied nitrogen fertilizer unused in terms of nutrition.

Lastly, dietary choices have consequences for both the environment and individual health. For instance, approximately 10% of all nitrogen used for the production of cow feed for beef production is lost in the process. Lifecycle analysis and consumer education will be required to guide consumers to a smaller footprint.

One method of overcoming these challenges lies in the field of particle engineering. Particle engineering is the science of altering or forming solids into a desired shape, size distribution or composition, and is also concerned with other aspects of the particle’s morphology and surface characteristics. This type of engineering is mainly applied in the fields of pharmaceuticals, food, cosmetics, and paints, where the morphology of particles is handled with the utmost care.

For instance, in milk powder production – which is achieved by spray-drying – particle engineering is widely used with regards to dissolution behavior. For the consumers, food powder dissolution has a direct impact on their perception of the overall product quality. By altering the size, shape, and porosity – whilst maintaining the important flavor characteristics – solubility is greatly increased. Before particle engineering was applied in the production of milk powder, adding the finished product to water would result in the powder floating on the top of the liquid. The powdered milks of today readily fall to the bottom of the water, resulting in a fast-dissolving powder.

Use in Practice for Nitrogen Fertilizers

In terms of the five solution directions discussed in the previous section, the science of particle engineering can play a role in improving the efficiency of nitrogen usage. More specifically, when applied to the 4R’s, it helps to improve the right time and right place solutions.

For the first solution (the right time), the timing of consistent nitrogen release can be coupled, among other variables, to the dissolving rate of the nitrogen source. Nitrogen release is achieved either by water dissolving the nitrogen or by bacterial life-transforming the fertilizers’ nitrogen into nitrites that are essential to the crop. The available surface area can be adjusted through particle engineering by ensuring a specific particle size or porosity, or by applying a coating or encapsulating the nitrogen source.

Currently, particle engineering solutions are already being explored in order to achieve a controlled release rate. For instance, ammonium nitrate in its more porous low-density form has an accessible surface area that is approximately five times greater than ammonium nitrate in its high-density form [5]. As the surface area can be coupled to the dissolving rate, a dissolution rate decrease of up to five times can be achieved when porosity is minimized. Subsequently, when the high-density form of ammonium nitrate is encapsulated, the nitrogen release rate can be altered even further. In urea fertilizers, the application of coating urea prills with slowly dissolvable sulfur or a polymer has led to a clearly slower release rate, with the added benefit of sulfur as an additional nutrient for the crops.

In pharmaceutical applications, when the control rate is of the utmost importance, encapsulation is the most common approach. There, a carrier melt is used in which the active compound is suspended. The melt is subsequently either spray-chilled or prilled in order to arrive at a solid material with the active compound encapsulated. The carrier melt dissolution characteristics, coupled with the active compound concentration and compound size relative to the final product, can be altered accordingly to accurately obtain the desired release rate of the active compound. A similar type of process can be explored for nitrogen fertilizers as well, where either urea or ammonium nitrate powder can be suspended in a wax or other slowly dissolving, bio-friendly compound, in order to gain control of the release characteristics.

As for the second solution, the right place, it is important that the nutrients are delivered at the place where the crops need them. Currently, consistent particle size is of importance for the traditional mechanical method of distributing fertilizers over farmland.

Newer methods of fertilizer distribution have shown the potential of using liquid fertilizers in bulk to obtain better control of the dose uniformity over the crop fields. This liquid fertilizer would consist of either slurries (solids suspended in a liquid) or a solution of nutrients in an environmentally friendly liquid. The liquid nature of these nitrogen fertilizers means that the nutrient can be sprayed evenly over the land, leading to a high degree of control over the dosage per square meter and therefore over the placement of the nutrients.

The way slurries or solutions are created will yield a need for different and more flexible technological designs for applications with nitrogen fertilizers. When directly supplied to the crops, the nitrogen release rate needs to match the needs of the crop and the land it grows upon. When used to create a liquid fertilizer, however, where the solid will be dissolved or suspended in a liquid, the particle size has to be much smaller to be able to accurately dose and quickly dissolve the fertilizer in the carrier liquid. 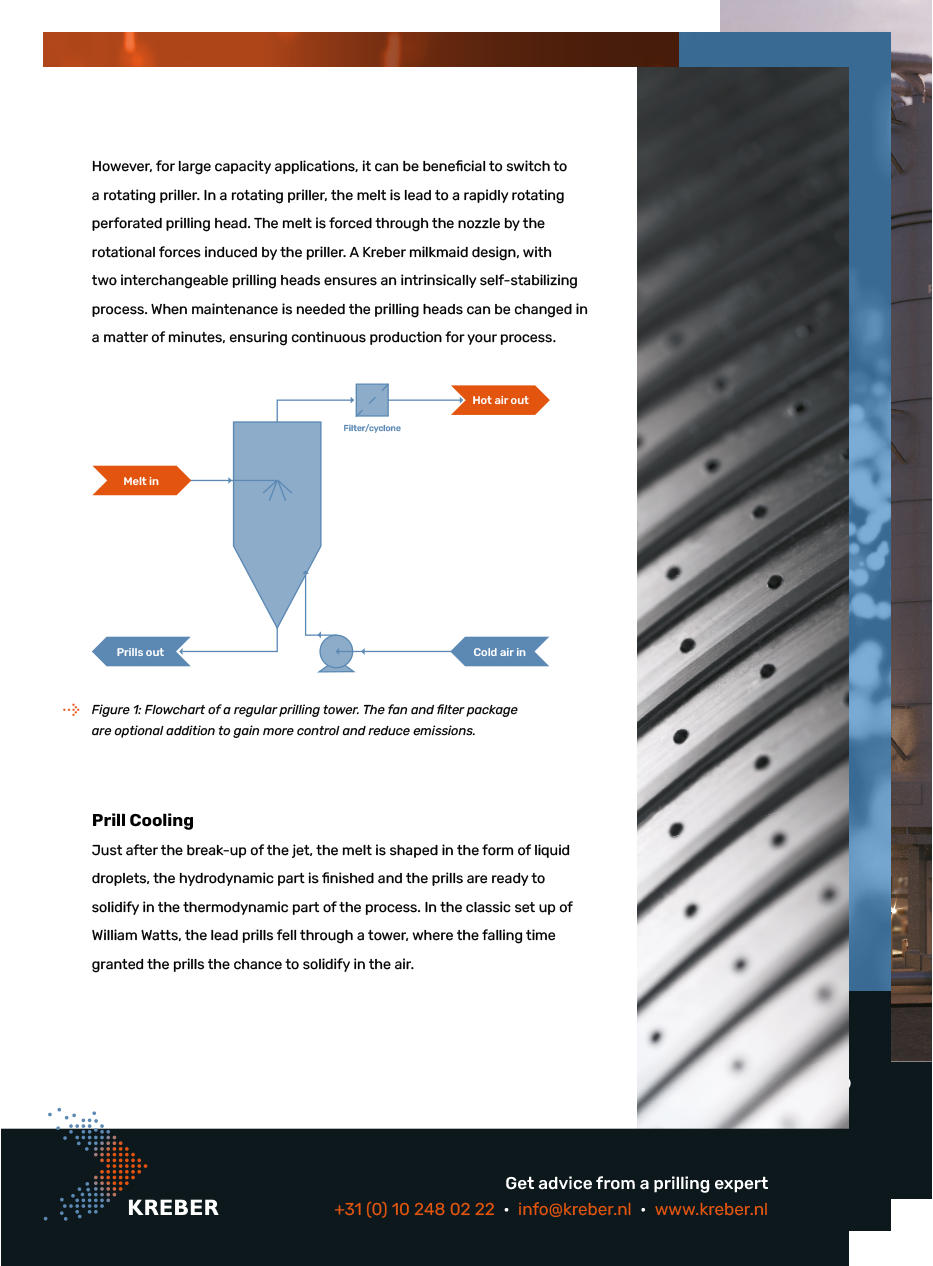 Fighting the pollution effects of nitrogen fertilizer use, while still having the means to help feed all of humanity is a truly daunting challenge now, just as it was in the late 1800s. This time, however, it is not an option to wait for a singular, brilliant solution such as the Haber-Bosch process. Industry-wide collaboration is essential, coupled with a level of decisiveness from governments all over the world to tackle these problems. Smarter ways of offering nitrogen fertilizers to crops is one of the main issues on which a better method has to be found to increase the nitrogen use efficiency, while also reducing the fertilizers’ environmental impact. In that light, particle engineering can prove to be a piece of the puzzle, which has to be solved together. 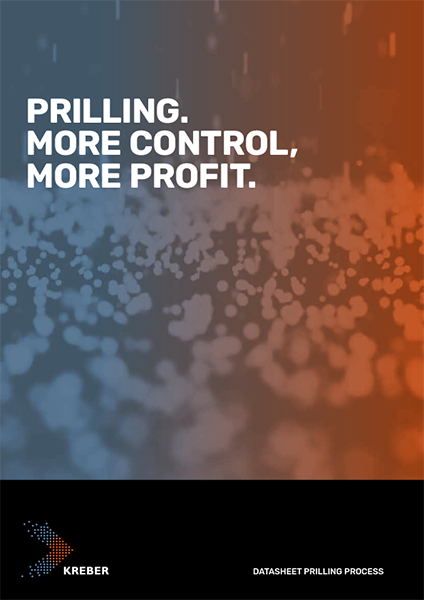