The differences between prilling and granulation

A breakdown and comparison of two major finishing technologies.

The choice for the right solidification technology can be the deciding factor. Not only for investments costs or operational expenses, but also for the consistency of your product quality. With the right insights, you can make the right choices. That is why we are going to compare two major finishing technologies: prilling and granulation. We will discuss the process and the end product, but first let's go back to where it all started...

Prilling: from dream to invention

Legend has it, that one night in 1782, William Watts, a plumber from the city of Bristol (UK) was walking home after a long night of ale drinking. On his way home he decided to take a rest near the St Mary Redcliffe church, on which he had worked regarding the renovation of the lead roof. As he lay on a bench, thinking about the disappointment of his loving wife, who was home alone, he stumbled into a dreamy sleep. In his dreams, the anger of his wife kept haunting him. He saw her towering on top of the church and in her anger she poured molten lead down the tower on his face. The lead didn't form a stream but instead shaped into perfect spherical balls. He woke up to find that it was only the Bristol rain falling down on him.

The next day he decided to experiment and climbed the spiral stairs onto the roof of the church. They drilled holes in the bottom of the pan, melted some lead and fed it through the holes. As in the dream, the molten lead formed spherical droplets, which solidified into perfectly spherical lead balls. These balls became known as patent lead shot, which was used in shotguns designated for hunting [1]. Previously, lead shot was produced in a slow and cumbersome moulding process, producing irregular and expensive lead balls. Watts, a hobby hunter himself, was so convinced of this production method that he decided to build the world’s first prill tower, on top of his house [2].

Until this day, spherical products from the chemical industry are produced in very much the same way as it was invented by William Watts; currently known as the process of prilling or beading. The pan has been replaced with a prilling machine, where the melt is forced through nozzles. From these nozzles, a jet is ejected, which breaks up into spherical droplets and solidifies subsequently in the air. The priller provides a greater control of break-up of the liquid jet and therefor of the product and process quality. The tower is optionally operated with forced convection and can be equipped with a filter installation to counter dust emissions.

In recent history, granulation technology emerged as a promising technology to manufacture high grade fertilizer. Discovered in 1965, Frank Nielson patented the ammonium granulator. Nielson worked within the Tennessee Valley Authority which partly evolved into the International Fertilizer Development Center. The work done by the TVA resulted in a competitor for prilling in the large scale finishing of Chemical Fertilizers [3].

In the process of granulation, small particles are bound together to create granules. Both, melt and binding agent, are fed as a mist of small droplets into the granulator. Small seed particles feed on the mist of droplets until the desired granule is formed. The rotating drum and high air velocities allow for efficient wetting, drying and energy transport.

After 50 years of innovation in the field of granulation and more than 200 in the field of prilling, both technologies have evolved in mature finishing technologies which are operated around the world. But after all these years of research and development, is it possible to make a distinction between the different products? And what are the benefits and drawbacks in the process of both state-of-the-art prillers and granulators? Lastly, what can both technologies learn from each other to move towards a better practice of finishing fertilizer?

Both processes result in two very different products, although both spherical and free flowing. The most apparent difference is the particle size of both products. The particle size in prilling is predominantly determined by the falling height available in the prilling tower. The falling height determines the cooling time of the prill and thus the maximum size. Therefore, limitations in the construction of the tower ensure that the average prill size usually lies between 0,5 mm up until a maximum of 3 mm. When vibrational technology is added to the priller the particle size distribution can be narrowed to a minimum deviation.

In granulation, the particle size is dominated by the residence time in the granulator. The longer the layers are allowed to build up, the bigger the granules get. This allows for granules to grow as big as 10 mm. However, the PSD is harder to control for larger granules, as not all the granules undergo the same process in the granulator and some are put into contact with more melt [4].

The biggest advantage granules is the higher crushing strength of the granules with regards to the prills, due to addition of a binding agent during granulation and the formation of a cavity in larger prills. The trends of crushing strength for urea can be seen in Figure 1.

Prilling is a process where melt in is melt out, leading to a product with the highest purity. For a granulation process to run smoothly the addition of a binding agent is necessary. The goal of the granulation plant is to remove as much of the binding agent as possible, but a fraction will always remain present. This can be considered a benefit for prilling, as a binding agent can be added optionally, but is not necessary and a pure product can be achieved.

A general rule of thumb is that the initial investment for a granulation plant is three times higher as compared to a prilling tower with the same capacity. A prill tower can be operated in two different configurations, a version where natural draft forms the countercurrent air flow and a one where a forced draft is induced by a fan. Natural draft is formed due to the temperature difference between the top of the tower where the melt enters and the bottom where air enters. A higher capacity of melt will lead to a higher temperature difference and subsequently to a higher air flow. The natural draft prilling tower has very little moving parts and is relatively cheap to build and operate. A prilling tower with forced draft can decrease the tower height needed, but in general leads to a higher capital and operational expense needed.

A fluidized bed or rotary granulator requires a larger investment, as it is a more complex process to construct and operate in comparison to prilling. There are multiple moving parts and nozzles needed to operate the process.

In general, a prilling tower is a more robust and easier process to control as compared to a granulation process. The main benefit of a prill tower for a plant finishing section is the high degree of self-control. The prilling bucket can handle fluctuations in the melt, as the rate of flow out of the bucket is a function of the flow in. Also, as mentioned before, when the flow of melt is increased, the air flow in changes accordingly due to the temperature difference. Next to that, as high quality prilling systems have two buckets, changeover can be done with minimum downtime, leading to a highly robust process [5].

The more complex granulation process usually is harder to control as there is more equipment moving. Also, although a lot is learned the last couple of years, the complex nature of the granulation process, the modelling and operation of granulation plants is hard and in some cases, it is still largely based on empiricism, leading to high waste ratios and therefor recycle rates [6].

In general, the emissions from a prilling tower are considered higher as compared to granulation. There is a larger gas stream which needs to be treated before it can be either recycled or ejected out of the tower. After treatment, the gas is just as clean as compared to the waste streams of the granulation plant.

However, because the melt is deposited in layers on the seed particles, the residence time of liquid melt is minimal. If a product with a high vapour pressure is to be finished, more product will evaporate in the prilling tower, as compared to a granulation process. The longer the product is liquid, the more of the melt will evaporate, leading to higher losses and dust formation in prilling, which need to be treated.

In the introduction the question was raised what the difference is between the granulation and prilling, it’s associated products and what both can learn from each other. While both products form spherical particles, there are a lot of differences. Prills form smaller, more monodisperse particles, where no additives are needed. Granules on the other hand form bigger and stronger particles, which are more resistant to wear caused by transportation and can homogeneously be blended with other granules based on the particle size.

On the process side, prilling, without any precautions, has larger emission as compared to granulation. It, however, provides a much cheaper, less complex and robust system and can be operated with a lower energy consumption. In conclusion, prilling is a more suitable process when a cheaper, monodisperse and pure product is needed, while granulation is better equipped to produce more expensive, larger and stronger particle which can be better transported.

Overcoming the drawbacks of prilling is the main quest of Kreber, to provide a robust and energy efficient solution for the finishing of industrial melts. The prill strength and size, the overall emission of the prilling process and a monodisperse prill distribution are just a few of the challenges our researchers cope with every day. If you want to be a part of our journey towards the perfect prill, we are happy to collaborate. After all, even William Watts couldn’t make the first prill tower on his own; he needed the help of his wife. 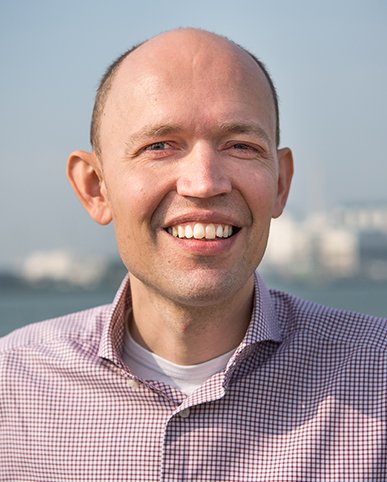 Get advice from one of our prilling experts.

Talk to an expert